The COVID-19 pandemic has prompted major changes to daily life, with public health officials urging public distancing in order to slow the spread of the virus. Many local restaurants are responding to the crisis by focusing on take out and delivery services.

Ontario Premier Doug Ford declared a state of emergency in the province in response to the escalating public health threat posed by COVID-19. Restaurants are permitted to remain open but will be limited to takeout, including drive-thru and delivery. Licensed restaurants are also allowed to sell wine, beer and liquor with food orders.

Health and safety has always been a key priority for the restaurant industry, and local establishments are doing their part to limit social interactions and keep consumers safe during this difficult time.

Take out or pick up

Many restaurants, if able to do so, are offering take out, drive-thru and pick up service.  Companies are encouraging payment by debit and/or credit cards and are and frequently sanitizing door handles and payment machines. Please remember to maintain a distance of about two metres between people.

Cornwall’s rich culinary scene is part of what makes our city so great. From casual fare and classic comfort foods to tastes from around the world – and of course, amazing pizza – Cornwall’s food scene has something for everyone.

For food lovers, it’s a perfect time to show support for our great food establishments – and even try something new!

Have you been waiting to try the amazing Caribbean offerings of The Spicy Pearl? How about a prepared meal from The Birchwood Cafe or some scratch cooking from Edward’s Bistro? Or maybe some tasty fish and chips from Captain George’s? Maybe it’s time to finally try the famed Tour of Rome pizza from Schnitzels European Flavours? The options are endless.

During these trying times, Cornwall’s food entrepreneurs have been showcasing their ability to adapt and offer their products in different ways. Mi Cocina has taken to doing home deliveries of their amazing salsas. Along with their amazing burgers, Truffles Burger Bar has been delivering bountiful produce baskets, with some even being donated to local charities. The trendy Sip & Scoop made headlines for their offer of free waffles and bubble tea for doctors, nurses and health care workers on the front line of the crisis.

Like always, food is bringing our community together, even in a time when we need to be apart.

Show your support and enjoy a great meal by ordering take out or delivery from one of our amazing restaurants! Check out our list below of restaurants that are serving during the COVID-19 crisis to get started.

Please note every effort is made to keep this list accurate, however circumstances are changing rapidly. Consumers are encouraged to verify directly with restaurants by either calling or checking their social media pages for the most up-to-date info.

Craving some candy? Gourmet popcorn? If so make sure to check out The Happy Popcorn Co. to get your fix. Curbside pick up is available and you can order online!

Offering frozen meals as well as house made hot sauces, chutney, pesto, jams and salsas to go. Wine and beer (including Rurban) can be included in orders.

Delivery of homemade corn chips and salsa. Call or message via Facebook to place an order.

Open for curbside pickup. Call in your order and they will deliver it to your car. Check out the Schnitzels Facebook page for menu and details. Open 3pm – 9pm, Wednesday to Saturday.

Open daily for pick up only, from 11am – 2am. Menu available on Facebook page. Please call in or wait in car for your food.

A number of family combos, Chinese and Sichuan cuisine available for takeout. Find the menu on their Facebook page. Open Tuesday to Thursday, 3pm – 8:30pm, Friday to Sunday, 12pm – 8:30pm.

Open for pick up and delivery only. Call ahead and place your order as of 10am every day. Payment by etransfer is available. Check the Seguin Patate Facebook page for menu and details.

Variety of daily specials available, call ahead to order and pick up. Check Facebook page for menu items.

Downtown Cornwall’s newest restaurant is up and running offering poutines, fried chicken, burgers and more. You can see the menu and order online from their website. Open Monday to Saturday, 11am – 8pm.

Greek cuisine, seafood, pasta, pizza, salads and more. Pick up or delivery (no debit on delivery). Open Monday to Thursday and Sunday, 11am – 9pm, Friday and Saturday, 11am – 10pm.

Delivery and take out available. Pizza, menu items and special posted during week on their Facebook page. Breakfast is also being offered all-day! Open daily 11am – 9pm.

Open daily from 2:30pm – 10:45pm. Menu and specials can be found on Facebook page. Delivery and take out available. Debit and credit accepted.

Available for pick up. Call ahead and they’ll bring it to your car. Check their Facebook page for menu items.

Offering take out and delivery. Call the store to place your order and delivery can be arranged through Locey’s. Check the Menchie’s Facebook page for more info.

Enjoy one of Cornwall’s classic pizza joints! Olympic is open and serving up their famous pies along with burgers, poutines, and much more. Call 613-932-2323 to place your order and they will bring it out to your car. Cash only.

Enjoy a curbside menu featuring an assortment of appetizers, handhelds, homestyle dishes and desserts! Check out the menu online and call to place your order. Open daily from 5pm to 9pm.

Take out and delivery, regular menu along with specials including burgers and pizza. Tuesday to Saturday, 11am – 8pm.

Enjoy amazing Peruvian dishes from El Tumbao in Downtown Cornwall. El Tumbao is offering a variety of dishes for delivery and take out for just $20! Open 11:30am – 7pm, credit or debit only. Check their Facebook page for menu.

Take out available, including burgers, sandwiches, wraps and more. Phone in your order a half hour ahead for pick up. Open 4pm – 9pm. Check out the Facebook page for menu and details.

Offering breakfast and lunch for take out. Menu can be found in the photos on their Facebook page. Open daily from 7am – 2:45pm.

Chef in a Bun

Gourmet poutines, burgers and more. Call in for pick up. Delivery also available. Full menu posted on Facebook page. Open 11am to dusk.

Take out and delivery (for an additional $5). Open 8am – 8pm for dinner as well! Breakfast plates, french toast, poutine, sandwiches and more. Check the restaurant’s Facebook page for full menu.

Open daily for pick up or delivery, 11am – 2:30 am. Menu and specials available on Facebook page. Credit or debit payment preferred, cash option still available.

Delivery only as of Monday, with $3 delivery fee. Cash, debit or credit accepted. Visit Facebook page for more info.

Take out a delivery available, call to order. Open daily until 7pm.

Open Tuesday to Sunday from 3pm on. Take out only. Authentic Chinese and Thai cuisine and more. Menu available in photos on Facebook page.

Drive thru only, reduced daily hours from 10am – 9pm. Check Facebook page for specials and latest info.

Delivery and pick up available. Salads, burgers, pizza, Italian and Greek dishes and more. Beer and coolers available with order. Full menu can be found on Facebook page. Open Wednesday and Thursday from 4pm – 8pm, Friday to Sunday from 11am – 1:30pm and 4pm – 8pm.

Take out and delivery available. Pizza, greek specialties, chicken and more. Full menu can be found on website.

Pick up and delivery (cash only) available. Breakfast, sandwiches, egg rolls and other breakfast and lunch options. Open daily 6am – 1pm.

Delivery and take out available. Pizza, poutines, pasta, burgers and more. Full menu can be found on Facebook page.

Pizza, poutine, sandwiches and much more. Delivery and take out available.

Sushi and other Japanese specialties like poke bowls, sushi tacos and burritos. Take out available and delivery through SkiptheDishes.

Take out or delivery. Order online or get delivery through SkiptheDishes. Open 11am – 9pm.

Want to learn more about Cornwall’s culinary scene? Make sure to check out the Eat section of our website!

Visit Choose Cornwall’s COVID-19 Business Digest for up to date resources and information. 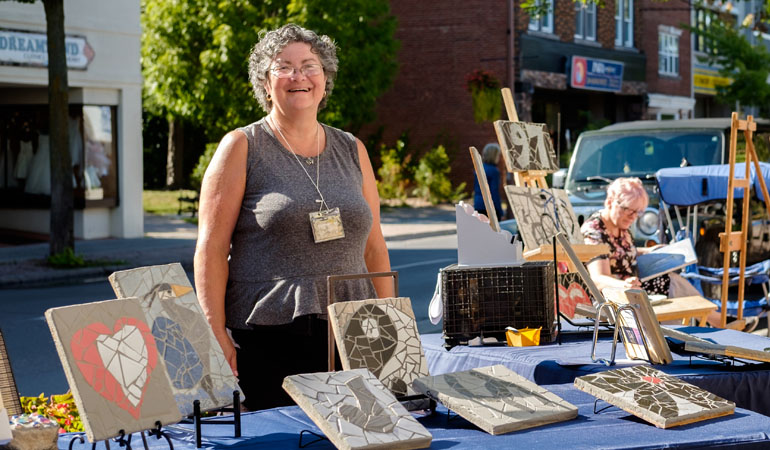 Markets are a great way to support local businesses and find some truly unique and special items. Cornwall has 3… View Article 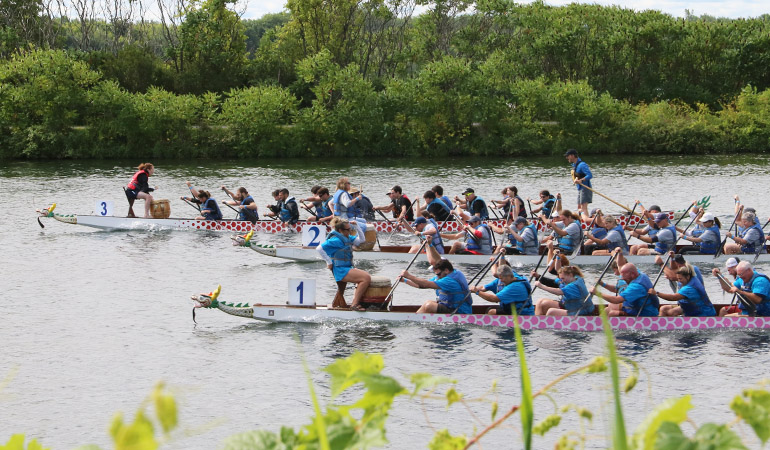 One of Cornwall’s biggest summer events is back for another year of fun on the waterfront. Cornwall Waterfest returns to… View Article 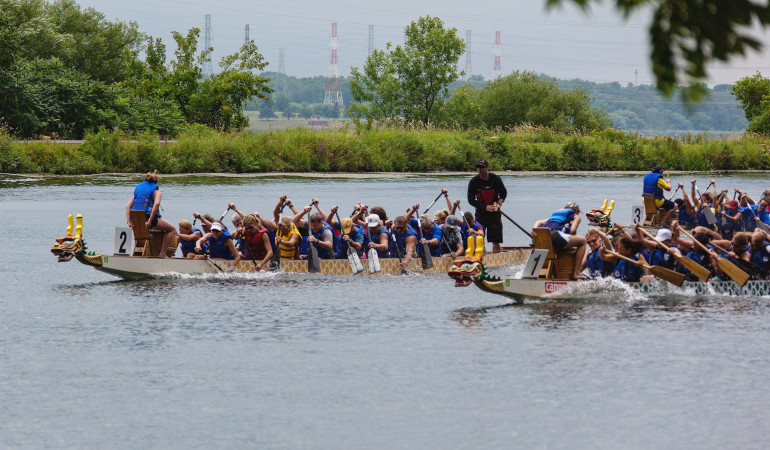 Summer’s in full swing and the fun has just begun in Cornwall and SDG Counties. August is now upon us… View Article 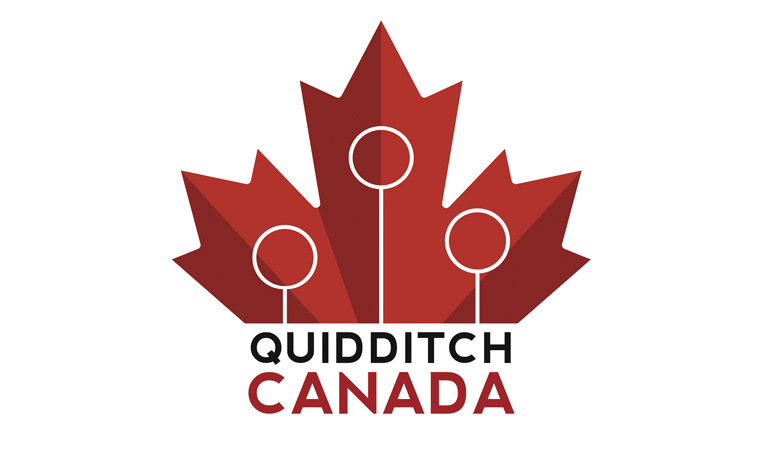 Cornwall has been selected as the host site of the 2022 Quidditch Canada Eastern Divisional Tournament, set to be held… View Article

More info
← Return to news
This site is registered on wpml.org as a development site.